Event Reviews
Breakfast seminar review: How is work and growth in Sweden affected by a geopolitically uncertain world
May 26, 2018 by admin in Event Reviews 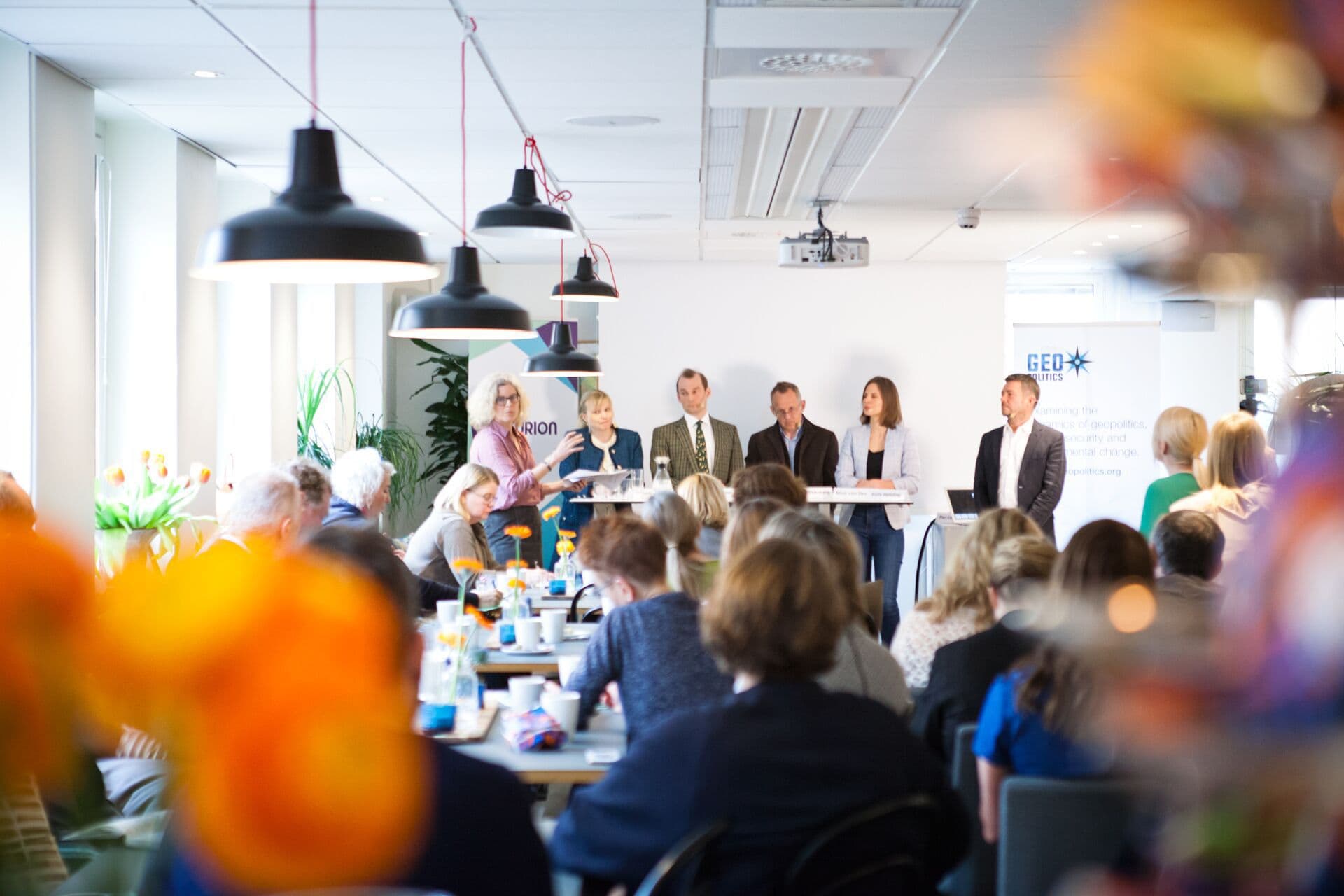 Sweden is an open and world-dependent country in a changing environment. At the same time, it is quick to change, is trend-sensitive and connected. But how is the Swedish labor market, climate change game-plan and international security issue affected? How will Sweden and Swedish actors navigate into an increasingly uncertain world of steel tariffs, threats of trade war and geopolitical displacements?

Mistra Geopolitics, together with one of our stakeholders, Futurion, held a breakfast seminar on 18th April 2018 with the aim of discussing how long-term changes affect the working life of the future.

The idea was to offer Futurion’s network a strategic world-wide surveillance with a slightly longer and wider horizon than usual. How can geopolitical changes in the outside world affect the conditions for future prosperity and development in Sweden and Swedish actors’ ability to combine success in contributing to sustainable global development?

The key message was that the consequences of geopolitical changes and environmental impacts that affect primarily other parts of the world also have a big impact on small and open economies like Sweden.

The seminar began with three short research presentations from Mistra Geopolitics. Nina von Uexkull, from the Department of Peace and Conflict Research at Uppsala University, opened the seminar with a discussion on the latest research on conflicts and climate change, where she argued that armed conflicts lead to increased vulnerability to climate change. She explained that there are indications that periods of drought lead to conflicts, arguing that drought is one of several factors that triggers the conflict.

Caption: Live recording of the Breakfast Seminar with Mistra Geopolitics and Futurion.

.
Nina von Uexkull added that conflict-affected countries are more agricultural dependent than others. Drought, floods and other climate-related events cause people to hit these countries extra hard. About 60% of the 815 million people suffering from hunger today are living in the shadow of various conflicts.

In conclusion, Nina said that socio-economic changes could be crucial for conflict trends in the future.

Researcher and former TCO investigator, Kristian Skånberg, showed how this kind of research is relevant to the unions and added that:

“Sweden has a relatively strong starting position and good prerequisite for controlling the UN Global Objectives, but we must look beyond that.”

Karl Hallding from SEI (Stockholm Environment Institute), linked the discussion by showing how the Swedish prosperity was built during a period of postwar with outstanding global development towards free trade and openness. But is now showing signs of weaker global growth, increasing conflicts and protectionism. Is this development temporary or a sign of a permanent trend breach? And what will the consequences be, for a trade-dependent country such as Sweden?

The researchers argued that conflicts lead to increased vulnerability to climate change, and the reverse is also true that climate change leads to conflict. There are many factors that lead to conflict where climate change contributes, but relations are more complex than previously thought.

The discussion that followed was initiated with comments by Ann-Therese Enarsson, CEO, Futurion and Mikael Sandström, chief economist at TCO. The fact that Sweden as a small country is dependent on interactions with others – and the importance of strengthening resilience and trust in various ways – formed the basis of the panel discussion.

The final question for the panel came from the audience. They were asked to choose a word in addition to the word sustainability which would become a keyword just for Sweden. The result was a combination of Sustainability with:

.
To learn more about our research and to get details about our next breakfast seminar, stay tuned on our website: www.mistra-geopolitics.se