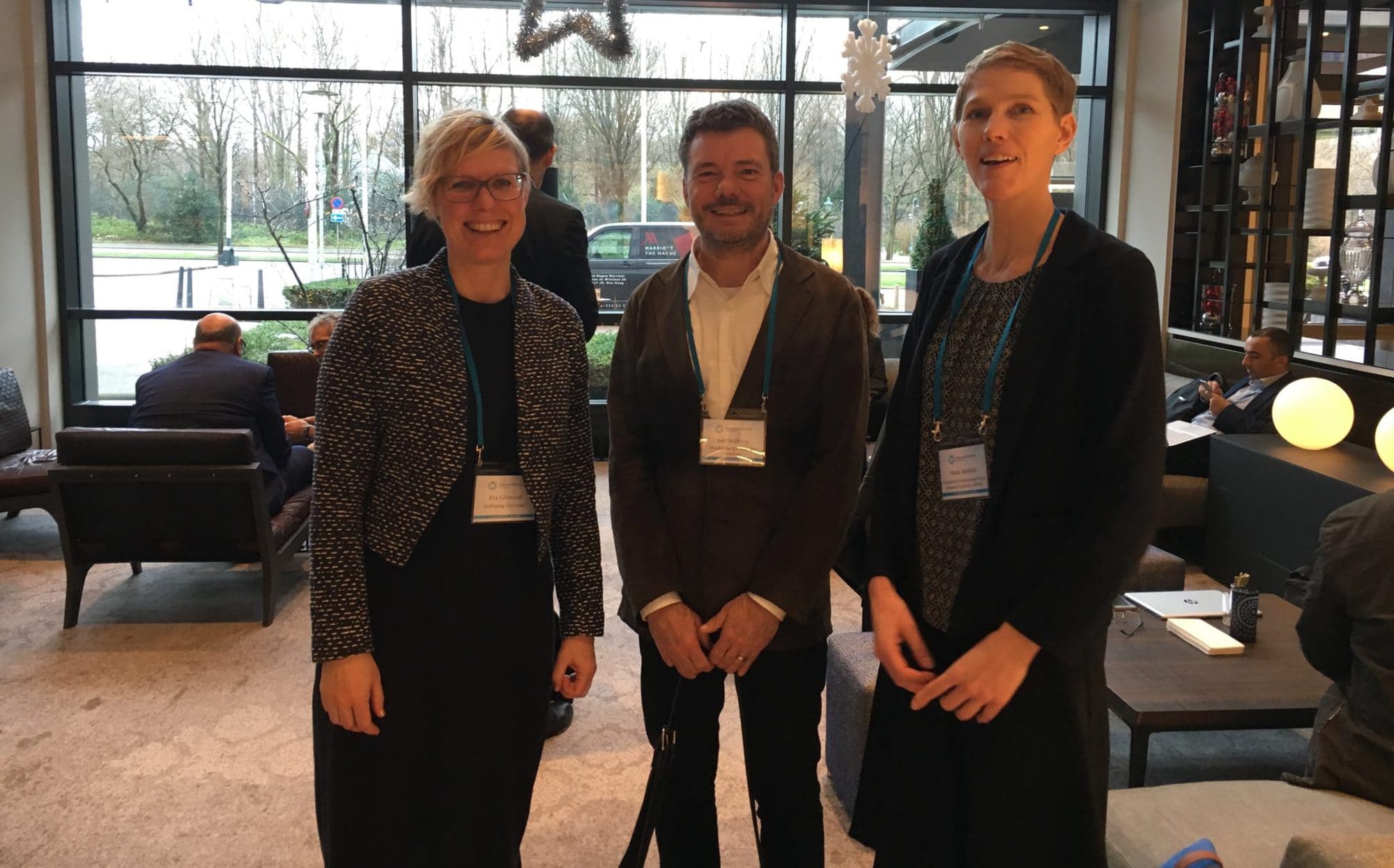 The annual conference was held at The Hague, The Netherlands on 12 and 13 December. In its third year, the event brought together nearly 300 senior policy-makers, diplomats, military leaders, researchers, NGOs and private businesses to debate the security implications of environmental change.

The takeaway message: peace-building, economic development and climate adaptation cannot be addressed separately. They are mutually reinforcing goals and central toolkits in the governance of hopeful futures.

Participants from Africa’s Sahel region – including Mali and Lake Chad – drew upon their experiences to illustrate the negative interplay between social inequalities, poor governance and land degradation in conflict-torn areas. While climate change cannot be singled out as the driver of social unrest and conflict in these areas, drought and water shortage were identified as threat multipliers that increase insecurity and hardship among already vulnerable communities.

The conference demonstrated that many governments, international organisations, businesses and NGOs are taking these climate-related security risks seriously and partnering with African states and societies to strengthen resilience. In order to peacefully adapt to a changing climate, fragile states and societies need support to build democratic relationships with their citizens, develop functioning institutions, and provide basic services (for further reading, see the New Climate for Peace report).

Africa is also in great need of positive and hopeful development narratives, as noted at the conference by Ibrahim Thiaw, Deputy Executive Director of UN Environment. To that end, the conference offered an important counter-narrative to the dystopian myth that informs most media accounts of climate migration.

The growing and increasingly well-educated young African population is looking for jobs and prosperous futures. When that is not provided by their countries of origin, migration may be the most rational alternative for those with economic means and social networks abroad. As demonstrated in a recent report by the Woodrow Wilson Centre, most African migration streams are orderly and occur within the continent. While typically driven by multiple political, economic and demographic factors, migration can be a successful and peaceful means of climate adaptation and produce valuable streams of remittances.

However, many conference participants also debated how to harness the capacity and energy of African youths in their countries of origin. Rhissa Feltou, the mayor of Agadez in Niger, emphasized that we need to give hope to Africa by investing in our young population. Education, jobs, renewable energy technologies and sustainable land use practices all belong to the positive development story articulated during the conference.