On December 3, 2020, Mistra Geopolitics participated in a webinar on China’s climate promises at IVA, Royal. The Academy of Engineering Sciences. Participants: Karl Hallding, co-director Mistra Geopolitics and research leader at the Stockholm Environment Institute and Lena Sellgren, Chief Economist Business Sweden. Lena Ek, chair of the board of Mistra Geopolitics as well as IVA’s Department of Forestry Technology also chaired this webinar.

The webinar is in Swedish

China plays a crucial role in the global conditions for dealing with the climate crisis. When President Xi Jinping in a speech to the UN General Assembly earlier this autumn surprisingly announced that China will be climate neutral by 2060, many applauded what was seen as a new leadership in global climate transformation.

But what are the commitments that extend 40 years into the future, when China already accounts for upwards of 30% of global emissions and at the same time gives itself the right to increase its emissions until 2030? And how should we relate to commitments from one of the world’s most authoritarian and totalitarian political systems – a country that sets itself a green precedent, while at the same time being the largest single financier of new fossil-based infrastructure? 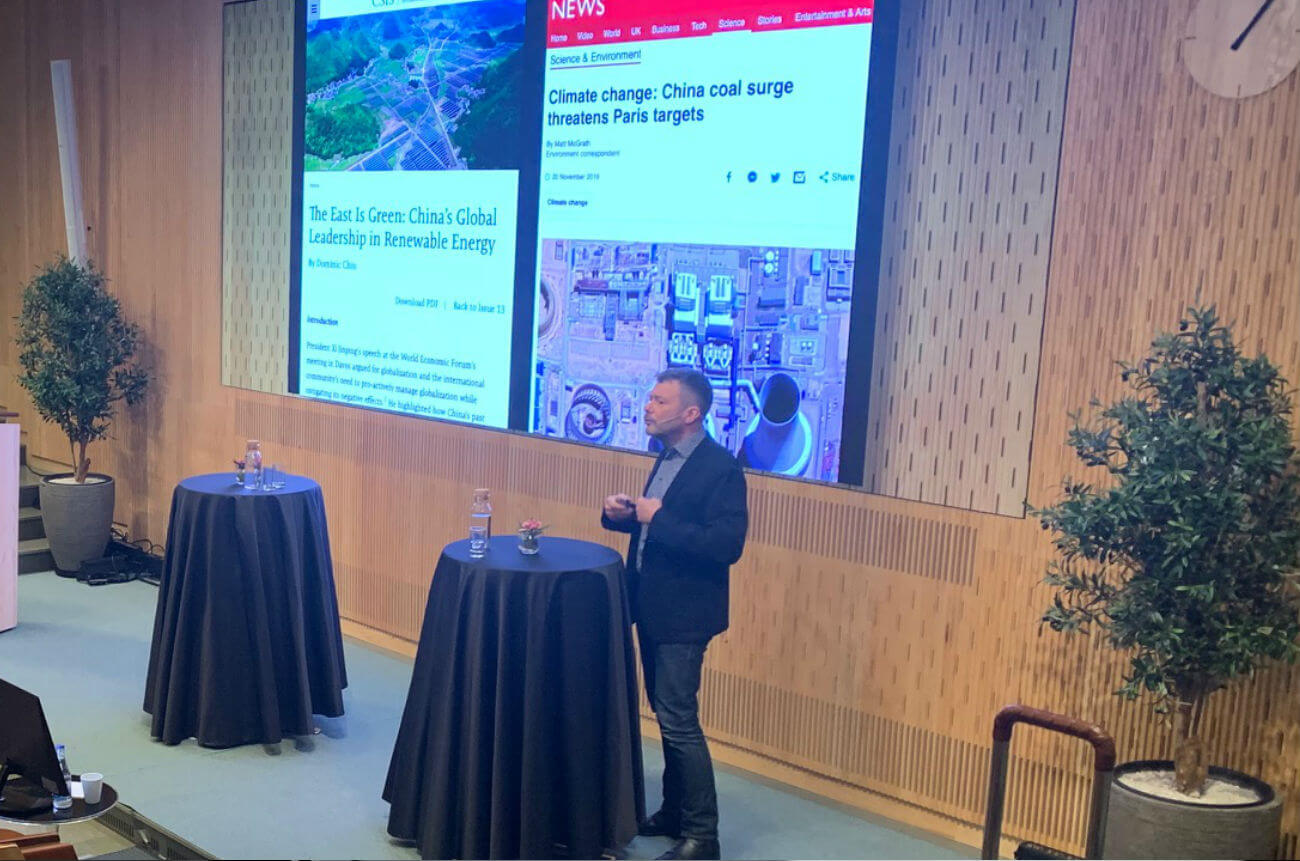 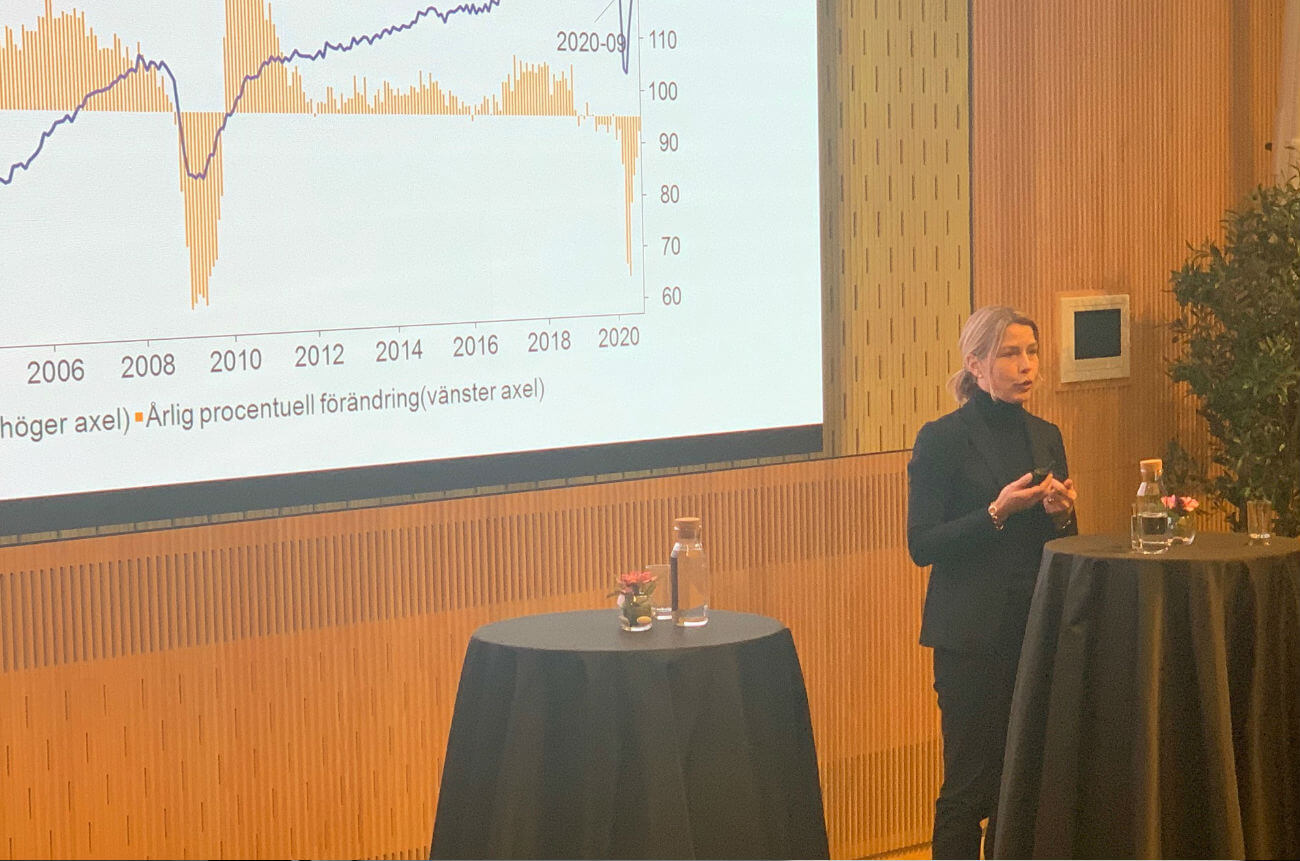 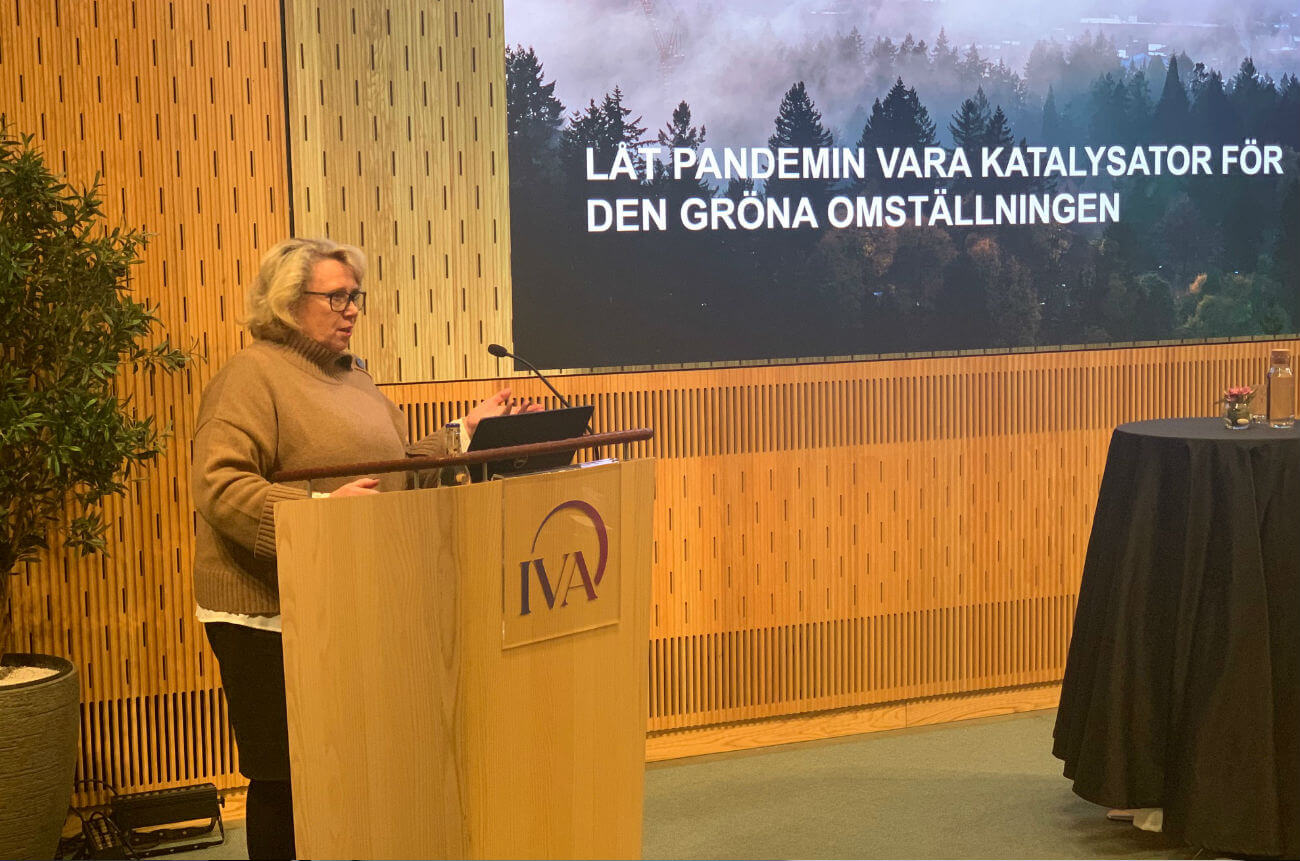 Lena Ek, chair of the board of Mistra Geopolitics

In this webinar, Karl Hallding places the China’s ambitions in the climate and energy area in a geopolitical context and discusses how China’s growing global ambitions may affect the conditions for sustainable development.

Of course, much revolves around the new Silk Road, as the Belt and Road Initiative (BRI) is sometimes called, the new trade routes out of China. According to Karl Hallding, BRI can be seen as a headline for the entire Chinese foreign policy:

It is about creating connectivity to be able to socialize, trade and travel. I believe that it has become a way for China to sell its new foreign policy.

When asked by Lena Ek whether the Paris Agreement will fly or collapse, Karl Hallding answers:

I think it will continue in this way. It is up to researchers, the media and others to examine what China is doing. It has not undertaken to reduce emissions until 2030, but believes that the proportion of emissions per economic unit will decrease. Less emissions per dollar produced, a kind of increased climate efficiency in relation to economic development.